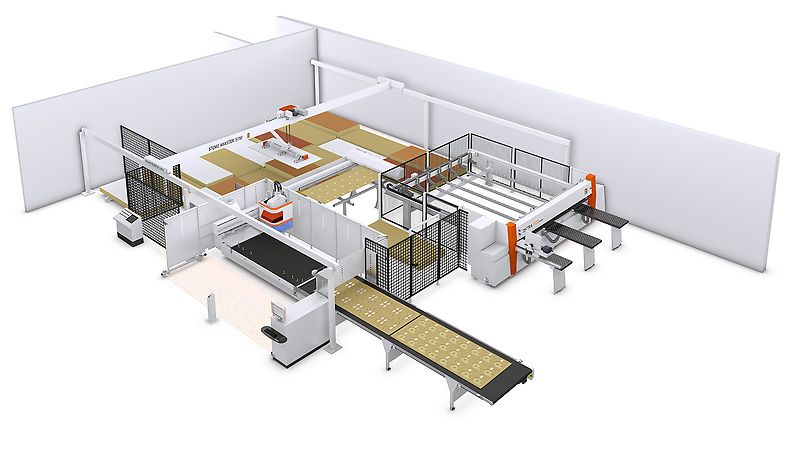 The Günthner company is a producer of sun protection systems that produce standard products in small series.

[...] The panel materials for the production of wood components are now being processed by Günthner with a complete solution from Holz-Her. In addition to a Tectra 6120 power plate divider and a Dynestic 7516 nesting machine, this system consists of a 5110 storage bin with ETR-300 labeling station, which supplies both dividing machines with plate materials. "We already had a saw and a nesting CNC in front of this combi-system, but they were both over-aged and had to be replaced. The storage and transport of the plates with vacuum lifters were no longer contemporary. Here, we wanted to relieve our employees and bring order to the camp ", reports the managing director. "The separate replacement of the two old machines was not an option. We wanted an overall concept. "

A year ago, Günthner looked at such a concept at another manufacturing company. It was clear right away. So he got to know different manufacturers and invited them to Rottweil to present their design. Finally, the decision to choose Holz-Her is based not only on machine technology but also on a good spatial arrangement of the concept, the regional proximity to the supplier and the conclusive software package. Since the end of May, the plant, which was built parallel to the old machines still working at that time, is in the house. [...]